For all you soon to be Sports Entertainment Superstars your Showmanship, Intensity & Charisma Coach and handler is better known as The Beast or the Reigning, Defending Undefeated Ultimate Wrestling Nation Heavyweight Champion of the World.

Now in the Professional Wrestling Industry for over 20 Years who was Trained by the Legendary & Sometimes Controversial Teddy “The Terminator” Hart. “The Beast” has wrestled for the WWF & Internationally with WWF Superstars like Conan, X-Pac, Bobby Lashley, Daniel Bryan, Tiger Mask & Teddy Hart in Mexico City with Triple A, Toured South Africa with former WWF & Impact! Wrestling Superstar The Great Gama Singh with the UWF, and Locally with legendary organizations like Stampede Wrestling, Hart Legacy, RCW, CWE, The UWN & WCEW with the likes of Danny Duggan, Kuragan & Davey Boy Smith. 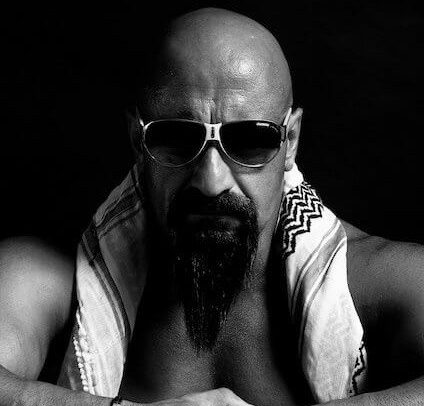 The Beast From The Middle East, The Phenom From Lebanon, The Man The Hale “Ali” is best known for producing the First Ever Professional Wrestling Full Contact Prizefight in the Never Seen Before Octagon Ring with Rope where Gladiators meet Warriors in a Nation Vs Nation “No Holds Barred” $100,000 Dollar Prize Fight for the Vacant UWN Heavyweight Championship of the World TV Series.

With the help of legends like Dan “The Beast” Severn, Champaign Gerry Morrow, The Great Gama Singh, Phil Laphon, Jinder Mahal and the late great Bad News Allen & Razor Rick Titan, rest their souls, were able to produce The UWN Underground TV Series that aired on LBC the Lebanese Broadcast Company, in almost every country around the world. Also known for starring in the Arab Gladiators which is the Middle Easter version of the American Gladiators TV Series that was produced & directed in Beirut Lebanon.

“The Beast” has coached Pro Wrestlers & Sports Entertainers in Schools & Performance Center’s across Canada, Lebanon, Dubai & on the TsuuT’ina First Nations Land, with many of his students now Wrestling & Acting Internationally. You can’t ask for a better coach to instruct you in the art of Showmanship, Intensity & Charisma, to help you develop a character, that organizations like the WWE, Impact!, AEW, ROH, MLW – Major League & the NWA – National Wrestling Alliance, Lucha Libra & NJPW – New Japan Pro Wrestling will take notice of!