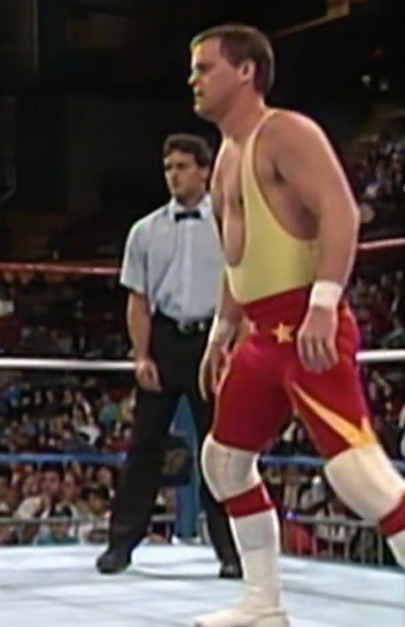 Steve Gillespie is a Calgary-born and bred retired pro wrestler who was trained exclusively in the infamous Hart Dungeon. His career kicked off with Stampede Wrestling. In 1990, Steve Co-founded Can-Am Wrestling with Otto “Vinnie Fever” Gentile. The promotion toured extensively across Canada for 11-Years.

Steve is one of the better-known and well respected international Independent wrestlers who worked all over the world during his career. He has wrestled for such promotions as CNWA, TCW, CAWF, River City Wrestling, Onita Pro, N.W.A., Frontier Martial-Arts Pro Wrestling in Japan & the WWF/E, among many others. He has done tours throughout England, Germany, Lebanon, India & Over 106 Tours in Japan.

Steve was trained at the Legendary Hart Dungeon with 99 other students and was only 1 of 2 students from that camp to graduate.

Steve was one of Canada’s most decorated Amateur Wrestlers with 14 City, 14 Provincial & 6 Canadian Championships to his credit, even defeating our dear friend and fallen soldier Owen Hart.