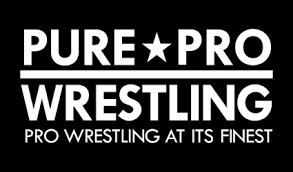 Our 2nd In Ring Handler is the one and only Chris “The Aussie Legend” Knight who was training by the Most Technical Wrestler on Planet Earth Lance Storm for the last 10 Years until Lance shut down Storm Academy in December of 2019. Our Showmanship & Intensity Coach is The Beast From The Middle East, The Man They Hale Ali. The Beast is the UWN Undefeated Heavyweight Champion of the World and has wrestled for the WWF, Done Main Event Pay Per Views for Triple A in Mexico with Konan, X-Pox & Bobbly Lashley, Toured South Africa with The Great Gama Singh & ran Training Centers in Canada & The Middle East where some of his students have gone on to become Big Movie Stars & International Pro Wrestlers.

Amateur Wrestling is the most widespread form of sports wrestling. There are Two International Wrestling Styles performed in the Olympic Games: Freestyle & Greco-Roman. Both styles are under the supervision of United World Wrestling (UWW; formerly known as FILA, from the French Acronym for International Federation of Associated Wrestling Styles). A similar style, commonly called Collegiate (also known as Scholastic or Folkstyle), is practiced in Colleges & Universities, Secondary Schools, Middle Schools & Among Younger Age Groups in the United States, Canada, Asia, Africa, Australia, Europe, South America & The Middle East.

Wrestling is one of the Oldest Combat Sports in the World. It is believed that it was a Major Sport in the Ancient Greek & Roman Empires. The sport flourished in the Middle Ages and remained popular with the masses as well as the monarchies. Over the years, wrestling has become one of the major sports of the world. Some of the Most Popular Styles of Wrestling today are Freestyle Wrestling, Greco-Roman & Professional Wrestling. Professional wrestling, also known as Pro Wrestling, is the Most Popular of them all, and is Extensively Aired on Television.

Things You Will Learn

“You call it wrestling, they term it ‘Working’… As Shakespeare once said: ‘A rose by any other name,’ etc.” So Marcus Griffin began his groundbreaking 1937 book on the ins and outs of the pro wrestling business, Fall Guys: The Barnums of Bounce. It’s a good place to start...
Learn More

It’s a good place to start, because any discussion of the grunt-and-groaners (as Griffin would call them) inevitably involves an examination of the artifice that undergirds the endeavor, and that artifice — be it the antediluvian secret that the whole show is a put-on...
Learn More

The innovators and the masters, these are the wrestlers who have turned ordinary moves into a great spectacle. A Clothesline in one man’s hands is just another ho-hum part of the repertoire. For those who have perfected it though, it becomes Stunning & Artful.
Learn More

Professional wrestling evolved another solution, which was to dispense with actual combat in favor of theatricality and storytelling. As in opera or Kabuki, the physical style of the performers is readable from the rafters. Performers develop signature moves that are recognizable to regular audience members.
Learn More

WWE Superstars are trained performers, who go through years of experience in the ring, before putting their body at risk. When they enter the ring, they completely depend on and trust their opponent as well. When two opponents trust each other completely, the chemistry they have inside the ring becomes undeniable and...
Learn More

After all the hype, trash-talking and stare downs that usually precede a match, wrestlers do their storytelling through wrestling moves. From dropkicks to moonsaults, the cross face to the Texas Cloverleaf, this list seeks out the performers who deliver the absolute best version of 100 moves.
Learn More

Out of the Ring

WWE is at the Top of the Food Chain for Wrestling Promotions after devouring its competition (WCW & ECW). Many often wonder how much the Top Performers in the Top Promotion in the World make, and you may be surprised at how much they earned.
Learn More

There is a rich history of Canadian Professional Wrestling that goes back nearly a century when Maple Leaf Wrestling opened its doors in 1930 and produced a player like future WWF on-screen President, Jack Tunney. Maple Leaf made way for Stu Hart’s ...
Learn More

This list is sortable by Ring Name, Real Name, Date of Death, Age, Cause of Death & includes Statistics that will Amaze & Sadden you at the same time. You are looking at the most Comprehensive list of Deceased Wrestlers in Existence.
Learn More

This list provides Ring Name, Real Name, Date of Death, Age & Cause of Death that includes Photos and some history about the wrestler, his or her family and friends comments and their contribution to the wrestling world.
Learn More

This list includes Deceased Wrestling Managers, Valets, Referees, Broadcasters, Promoters, Writers & Wrestling Historians, all of which deserve a mention for their contributions to the Wrestling World from Outside the Ring.
Learn More

For more information or any inquires contact us here
Learn More